5 effects will be introduced below: Rotate and Scale, Opacity, Play Reverse, Mask, Blur.

Rotate and Scale effect enables you to rotate, scale and reposition a video or image in the timeline.

After adding the Rotate and Scale effect to a clip, click "edit the effect" button to edit the properties of the effect.

You can input the number of position, size to resize or reposition the video on the screen. Or enter an angle of rotation to rotate a video.

You can also manually move, resize or rotate the video in the Preview Window.

The effect can be used to adjust the opacity of a video or image.

After adding the effect to a clip, click "edit the effect" button to edit the properties of the effect. 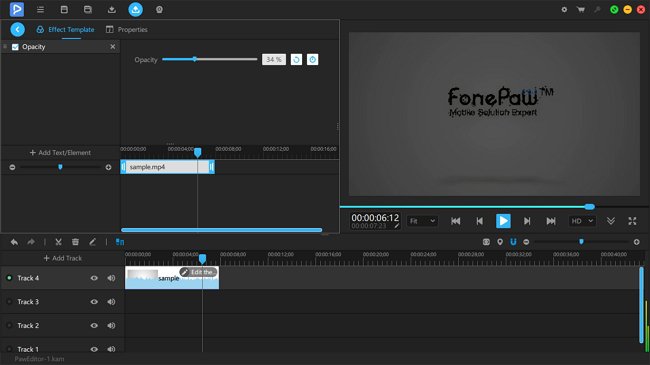 This effect makes the action in a video backward, which helps to create a funny play back effect.

After adding the effect, a small window will pop up, showing you the progress of applying the reverse effect. Once the progress bar reaches 100%, the video is reversed. 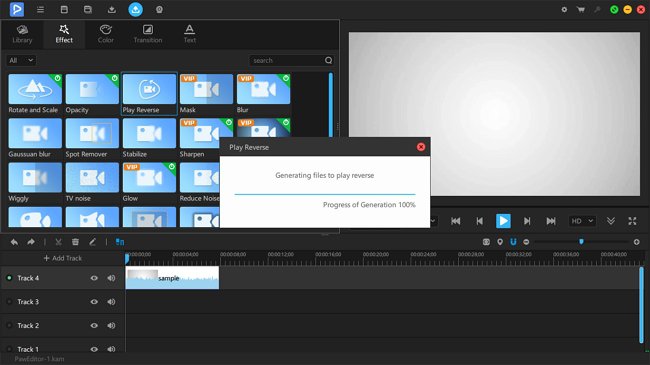 The effect adds a black shadow to any area in a video clip. There are 4 shapes of mask you can choose: rectangle, ellipse, triangle, diamond.

You can also adjust the height, width, position, softness, rotation of the shadow. 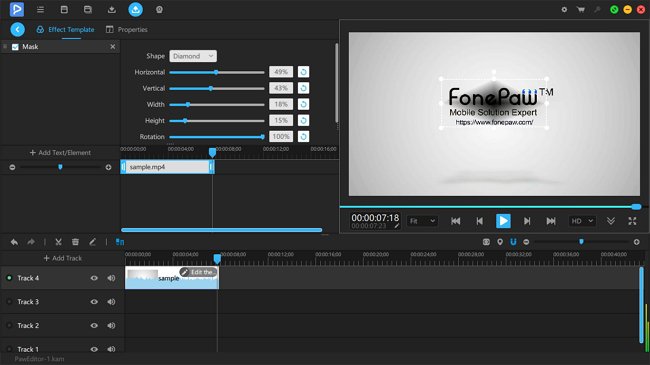 The effect can make a video look blurry.

After adding the effect, click "edit the effect" button to blur the video by width and height. 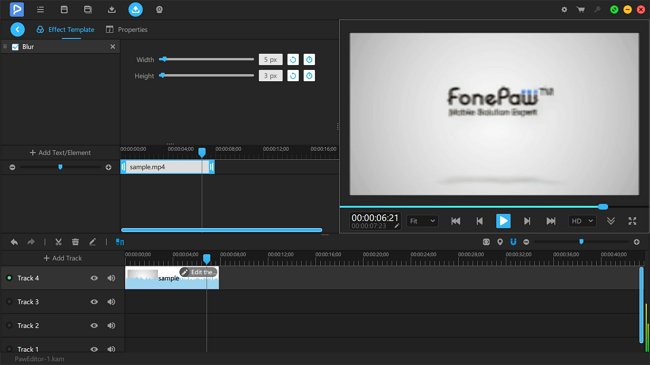