In a video, a transition is an animation effect to highlight the change from one scene to another. A photo or a video clip can be used as a transition.

PawEditor is equipped with a transition library, which you can access by selecting the "Transition" tab. 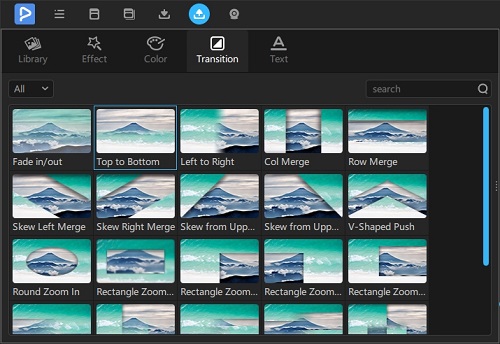 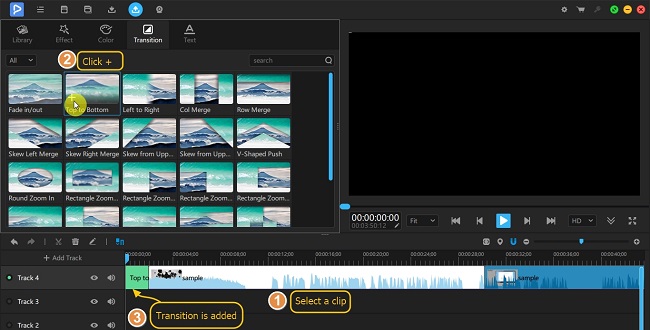 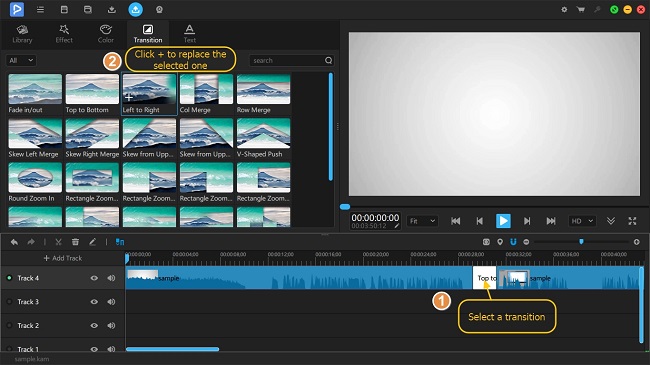 Or select a transition you want to replace and drag a new transition to its spot. The selected transition will be replaced immediately.